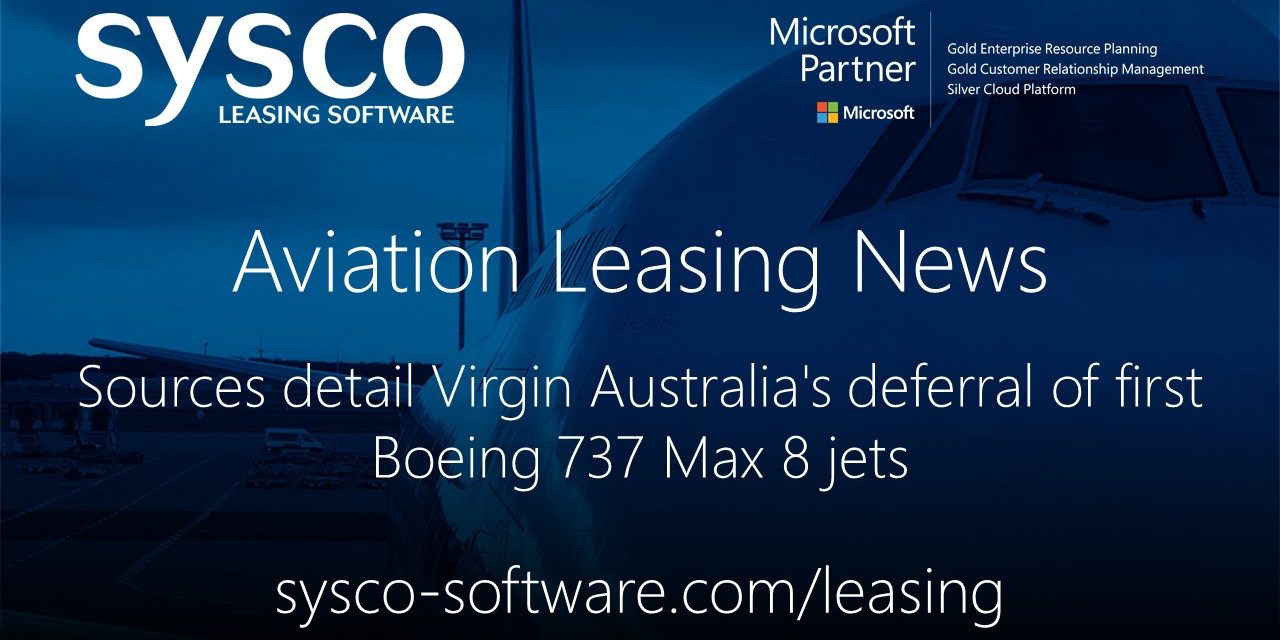 Virgin Australia Holdings is deferring delivery of the first group of 40 Boeing 737 Max 8 jets to 2019.

The airline is delaying delivery of five to ten of the Renton-made jets, according to sources familiar with the Boeing Commercial Airplanes deal who were not authorized to disclose the contract terms or the deferrals. Boeing Co. and Virgin Australia declined to provide a number.

“We don’t have any comment other than we’re working with our customer to meet their needs,” Boeing spokesman Doug Alder said.

Virgin Australia (ASX: VAH) also deferred $268 million ($350 million Australian) worth of capital expenses associated with launching its 737 Max 8 program until beyond fiscal 2019, according to a filing with the Australian Stock Exchange.

Virgin Australia CEO John Borghetti cited the deferrals as part of progress in what he called “a fleet simplification” program. Due to the deferrals, Virgin Australia said it may extend leases on some of the Boeing 737 Next Generation jets it operates to support its passenger capacity requirements.

The airline is the latest to defer orders of the new fuel-efficient passenger jet. (Rival Airbus has seen its own share of deferrals.)

Virgin Australia joins Southwest (67 aircraft deferred), United Continental Holdings (61 deferred) and Turkish Airlines, which deferred an unspecified number of the 65 it had on order.

Boeing has said it’s not worried about the deferrals, saying that it’s already oversold and other airlines will snap up the orders.

Indeed, GE Capital Aviation Services (GECAS) in mid December ordered 75 Boeing 737 Max 8 airplanes in a December deal worth $8.25 billion at list prices, though big commercial airplane buyers like GECAS typically enjoy discounts of as much as 50 percent from Boeing.

Virgin Australia said it has a letter of intent to sell its six remaining Embraer 190 regional jets and will completely stop flying the Brazilian jetmaker’s aircraft by the end of 2017.

Norwegian Air Shuttle is scheduled to take delivery of the first 737 Max in May.