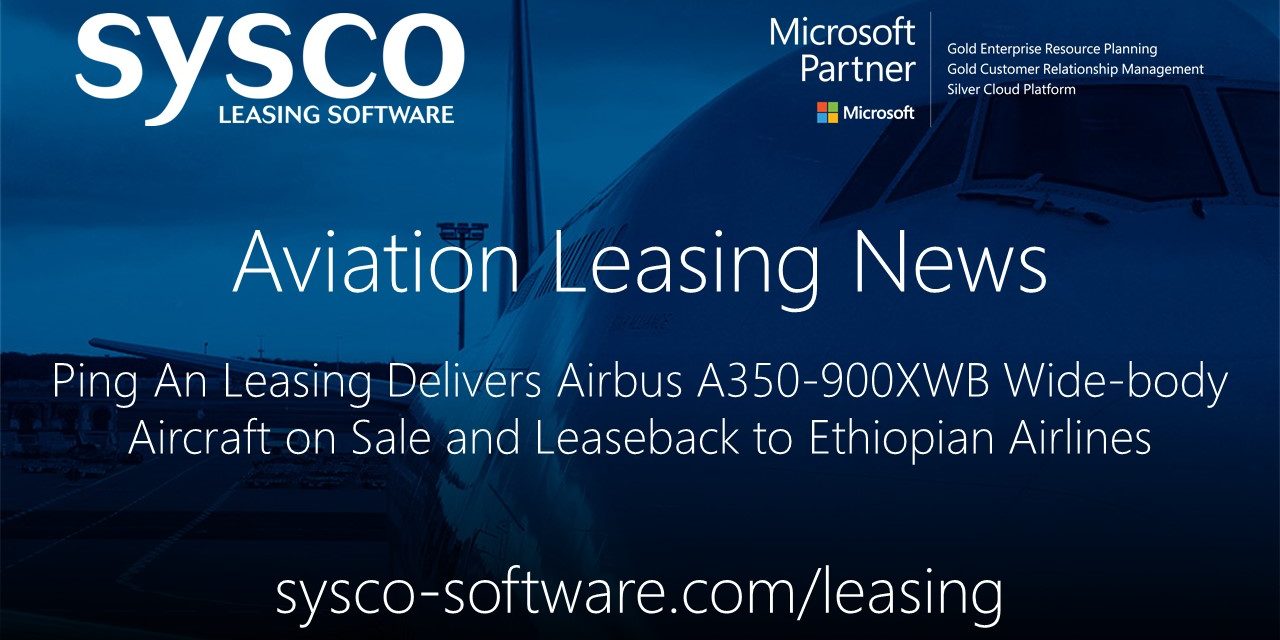 SHANGHAI, May 4, 2017 – Ping An International Financial Leasing Co., Ltd (“Ping An Leasing”) has delivered an Airbus A350-900XWB wide-body aircraft on sale and leaseback to Ethiopian Airlines on April 28, 2017 in Toulouse.

The transaction was completed by its wholly-owned Dublin-based subsidiary, Ping An Aircraft Leasing and represents the first wide-body aircraft in its portfolio and also its first sale and leaseback in Africa.

The aircraft is the first delivery from sale and lease back arrangement for two A350-900 delivering in 2017 between Ping An Aircraft Leasing and Ethiopian Airlines.

Ping An International Financial Leasing Co.,Ltd. was established in Shanghai in January 2013 and is a wholly-owned subsidiary of the Ping An Insurance Group, specializing in leased assets. The company is headquartered in Shanghai’s Pu Dong financial district and its business networks extend throughout the whole of China. The business has developed rapidly since it was established and as of the end of March 2017, had total assets of RMB 120 billion (US$17.4B).