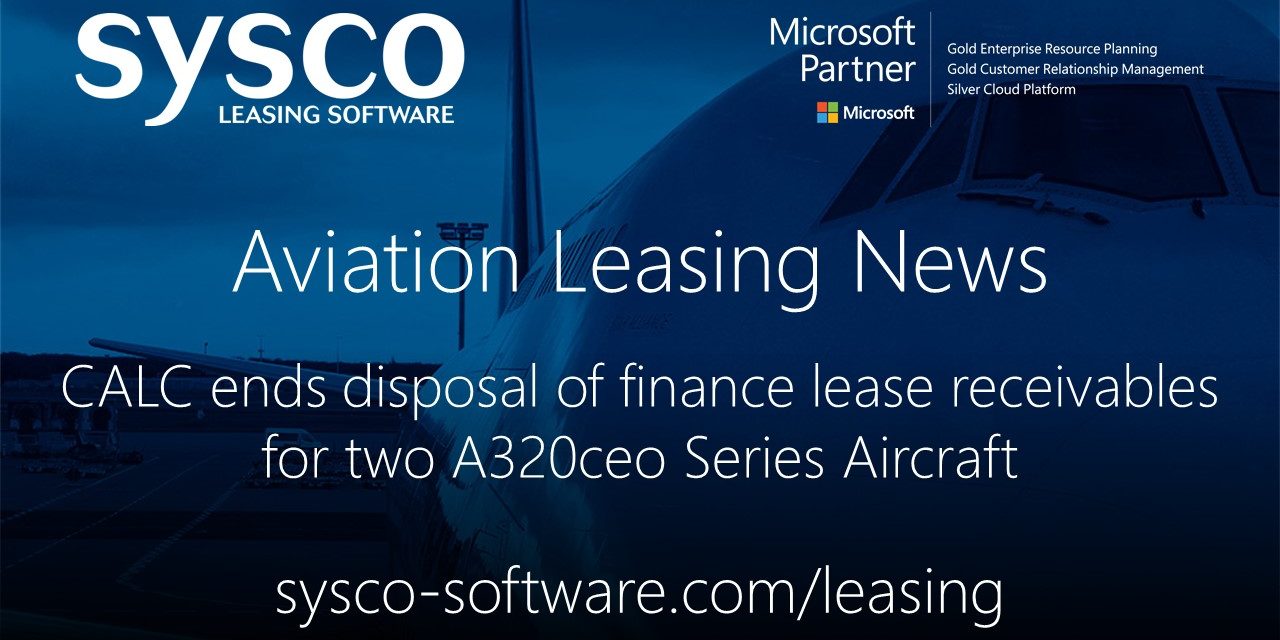 China Aircraft Leasing Group Holdings a full value-chain aircraft solutions provider for global airlines, is pleased to announce that it has completed the disposal of finance lease receivables (FLR) for two A320ceo series aircraft at a consideration of approximately HK$505 million, and the Group recorded a gain on disposal.

CALC introduced the first batch of aircraft lease receivables realisation to Chinese investors in 2013. Since then, CALC has been tailoring the product to meet changing needs of the market, which underscores the Group’s continued commitment to financing innovation. Rental realisation has become a recurrent business of CALC, enabling more efficient use of the Group’s equity and debt financing arrangement.

Through disposal of finance lease receivables, CALC sells the remaining rental receivables to investors such as banks and insurance companies, but retains the ownership of the aircraft. By doing so, CALC reduces substantial market risks on future lease receivables. This will also lower its concentration risk on the related airlines in the short term while allowing CALC to have more capacity to enter into new leases with such airlines in the long run, creating more business opportunities. The consideration received will be partly used to prepay the borrowings in relation to the subject aircraft, thus reducing the Group’s gearing pressure. CALC will also record profit gain from disposal.